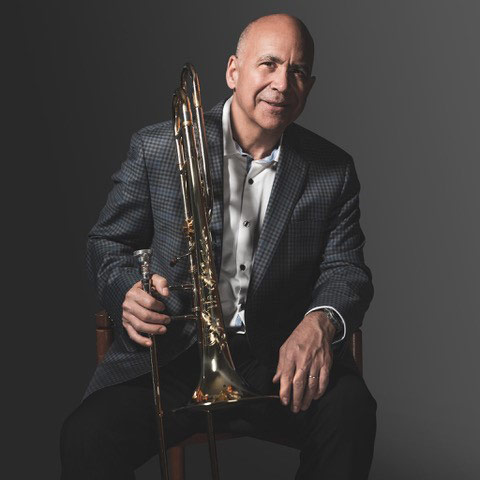 Joseph Alessi was appointed Principal Trombone of the New York Philharmonic in the spring of 1985. He began musical studies in his native California with his father, Joseph Alessi, Sr., as a high school student in San Rafael, California, and was a soloist with the San Francisco Symphony before continuing his musical training at the Curtis Institute of Music. Before joining the New York Philharmonic, Mr. Alessi was second trombone of The Philadelphia Orchestra for four seasons, and principal trombone of the Orchestre symphonique de Montréal for one season. He has performed as a guest principal trombonist with the London Symphony Orchestra in Carnegie Hall, led by Pierre Boulez.

Mr. Alessi is an active soloist, recitalist, and chamber music performer. In April 1990 he made his solo debut with the New York Philharmonic, performing Creston’s Fantasy for Trombone, and in 1992 premiered Christopher Rouse’s Pulitzer Prize-winning Trombone Concerto with the New York Philharmonic, which commissioned the work for its 150th anniversary celebration. In August of 2021, he will give the world premiere of Chick Corea’s Trombone Concerto with the São Paulo Symphony Orchestra.