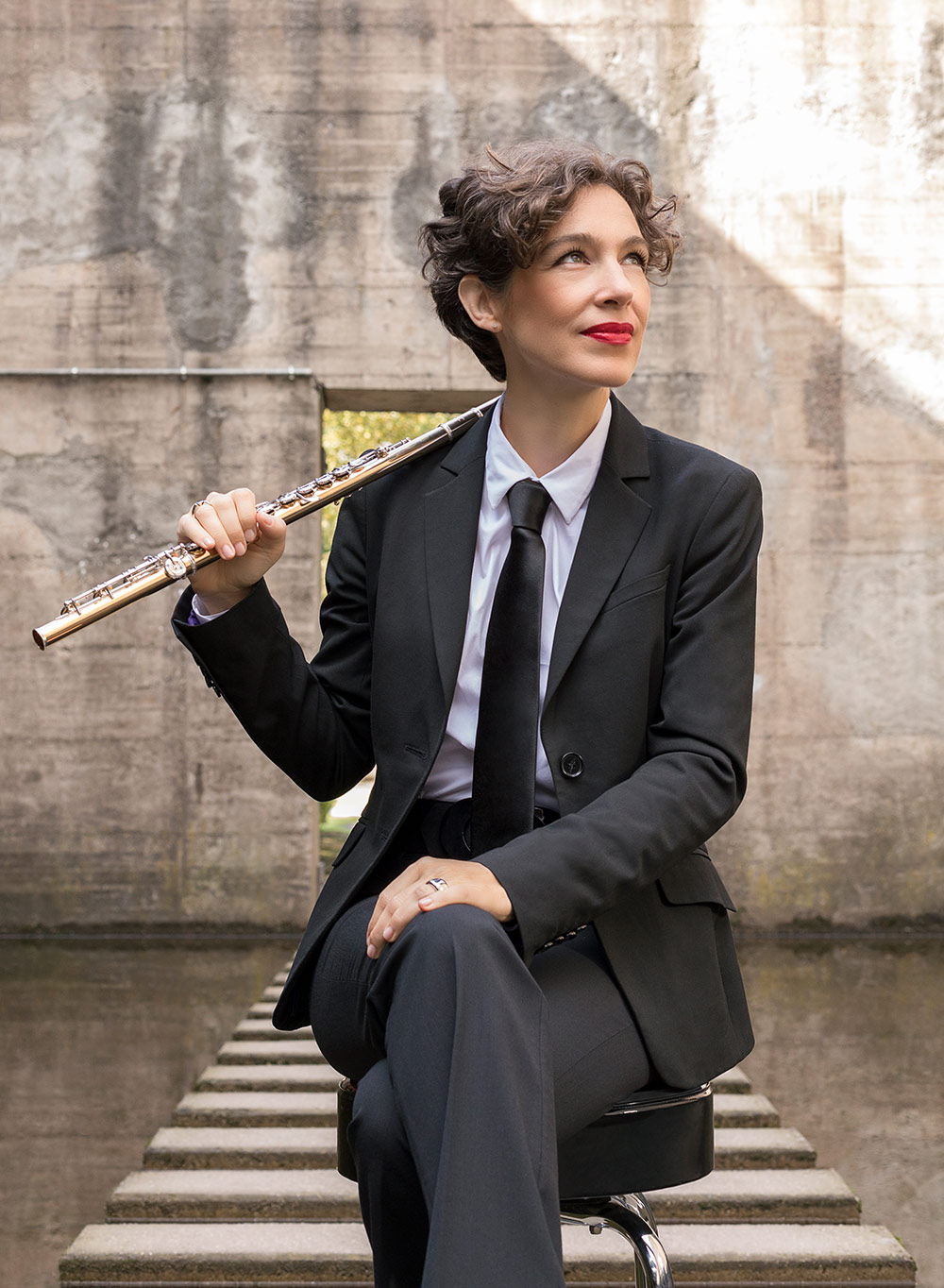 First Prize in Flute at the Conservatoire National Supérieur de Musique de Paris, winner of numerous international competitions, nominated in 2004 in the category “Instrumental Soloist Revelation of the Year” at the Victoires de la Musique Classique, Juliette Hurel is considered one of the leading flutists on the international music scene.

In demand throughout the world, she performs as a chamber musician at important festivals such as the Festival international de la Roque d’Anthéron, “La Folle Journée” of Nantes, Tokyo, and Bilbao, the Festival International de Colmar, the Holland Festival, and the Cartagena Music Festival, among others. As a soloist, she has appeared with the most prominent orchestras in France as well as with the Tokyo Metropolitan Symphony Orchestra, the Orquesta Sinfónica de Colombia, the Orchestre Metropolitain de Montréal, the BBC Orchestra of Wales, and the Hong Kong Sinfonietta. In 2016, Juliette Hurel gave the world premiere of Bruno Mantovani’s flute concerto, “Love songs” with the Rotterdam Philharmonic Orchestra conducted by Yannick Nézet-Séguin.

Juliette Hurel’s rich discography features several albums with pianist Hélène Couvert among others, as well as C. P. E. Bach’s Flute Concertos with the Auvergne Orchestra, Mozart’s Flute Quartets with the Voce Quartet, and more. Her latest album devoted to French women composers of the early 20th century, recorded with Hélène Couvert, was released in January 2020 on the Alpha Classics label.

Since 1998, Juliette Hurel has held the position of Principal Flute of the Rotterdam Philharmonic Orchestra conducted by Valery Gergiev and subsequently, by Yannick Nézet-Séguin. Since the 2018–2019, she has worked under that orchestra’s new conductor Lahav Shani.

Juliette Hurel has taught at the Rotterdam Conservatory (Codarts) since 2010.