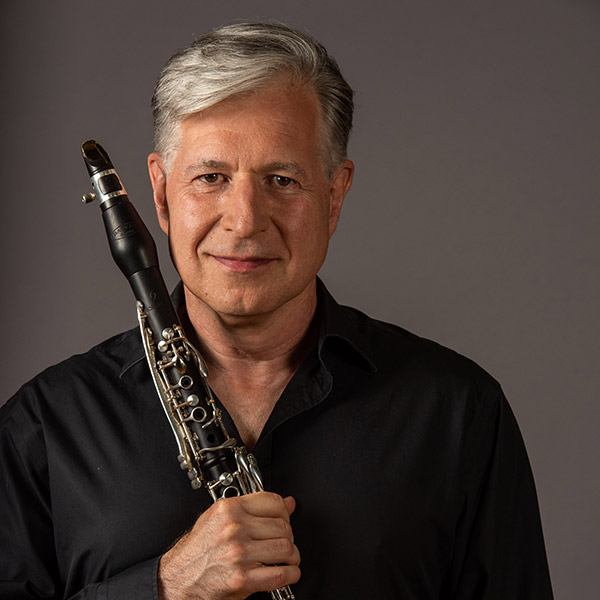 Principal clarinet of the National Arts Centre (NAC) Orchestra since 1985, Kimball Sykes has appeared as soloist with the Orchestra on numerous occasions, including the premiere performance of Vagues Immobiles, a clarinet concerto by Alain Perron commissioned by the NAC Orchestra, and Copland’s Clarinet Concerto. He has also performed concertos with Thirteen Strings, the Honolulu Symphony, and the Auckland Philharmonia.

Sykes was a founding member of the Vancouver Wind Trio and has performed at numerous festivals, including the Orford, Ottawa Chamber Music and Music and Beyond festivals. He also performs regularly at home and on tour with the NAC Orchestra Wind Quintet. In 2004 his recording for CBC records of Mozart’s Clarinet Quintet with Pinchas Zukerman and the NAC Orchestra’s principal string players was nominated for a JUNO Award.

Born in Vancouver, Sykes studied with Ronald deKant at the University of British Columbia and in 1982 was awarded a Canada Council grant to study with Robert Marcellus in Chicago. He is an Adjunct Professor at the University of Ottawa and is also on faculty at the National Youth Orchestra of Canada and the NAC’s Young Artists Program.