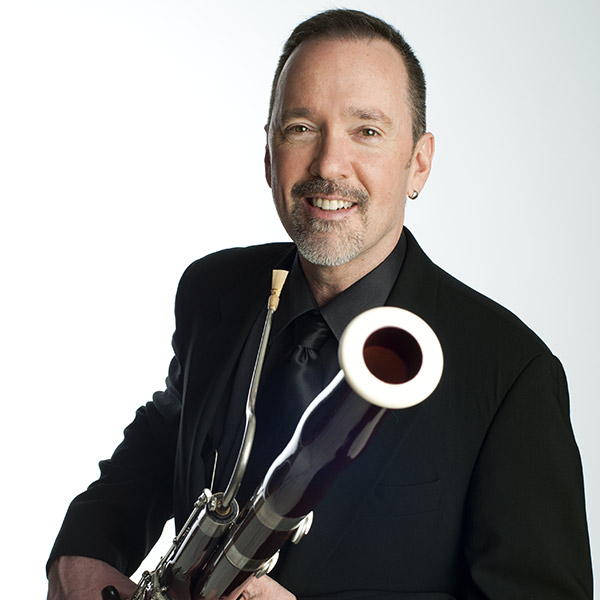 Michael Sweeney has served as Principal Bassoonist of the Toronto Symphony Orchestra since 1989. Over the years, critics have consistently praised his orchestral solos, describing them as “soulful” (Globe and Mail), and “full of imagination and character” (National Post).

As a soloist, Michael is most interested in Baroque, Classical and Postmodern/Postminimalist work. In 2003, he premièred and recorded his CD, mozart and well beyond, which was praised by Gramophone magazine for its “vitality,” sensitivity and, in particular, for Michael’s “excellent interpretation” of Mozart’s Bassoon Concerto, through which he “glides … with stunning suppleness.”

Michael teaches at the Glenn Gould School of Music in Toronto and has appeared as guest faculty at the Aspen Music Festival.  During the COVID-19 lock-down, he has given free masterclasses for bassoonists ranging from students to seasoned professionals who Zoom-ed in from Canada, the USA, Costa Rica, the UK, Spain, Switzerland, Poland, and Russia.