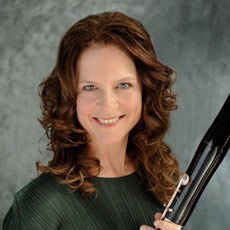 Principal Bassoonist Nancy Goeres joined the Pittsburgh Symphony Orchestra in 1984. Prior to Pittsburgh, Goeres held similar positions with the Florida Orchestra, the Caracas Philharmonic, and the Cincinnati Symphony.
Ms. Goeres also serves on the faculties of Carnegie Mellon University and Boston University and the music festivals of Aspen and Sarasota.
In addition to her appearances with the Pittsburgh Symphony, she has been a member of the All Star Orchestra, conducted by Gerard Schwartz, which produced a multi-disc set of recordings of major orchestral repertoire. She has also performed at leading festivals around the country including Tanglewood, Marlboro, La Jolla and Mainly Mozart festivals, New York’s 92nd Street Y Series, Santa Fe Chamber Music Festival, Music in The Vineyards (CA) Philharmonic of the Americas (Mexico City) Instrumental Verano (Puebla, Mexico) and the Internationale Wolfegger Konzerte (Germany) Germany.
Alan Fletcher’s Concerto for Bassoon and Orchestra, commissioned by the Pittsburgh Symphony, was premiered by Goeres and conducted by Manfred Honeck in 2011. She subsequently performed the concerto with the Aspen Chamber Symphony in summer 2012. Also written for her, was Andre Previn’s Sonata for Bassoon, and premiered by her with the composer at the 92nd Street Y in New York.
An active teacher, Goeres has given master classes and recitals in Europe, Canada, Mexico, and South America, and returns frequently to China. In the United States, she often works with the students of the New World Symphony in Miami Beach, and, among others, has given classes at the Juilliard School, the Curtis Institute of Music, the Manhattan School of Music, Northwestern University, University of Michigan, and Fresno State University.