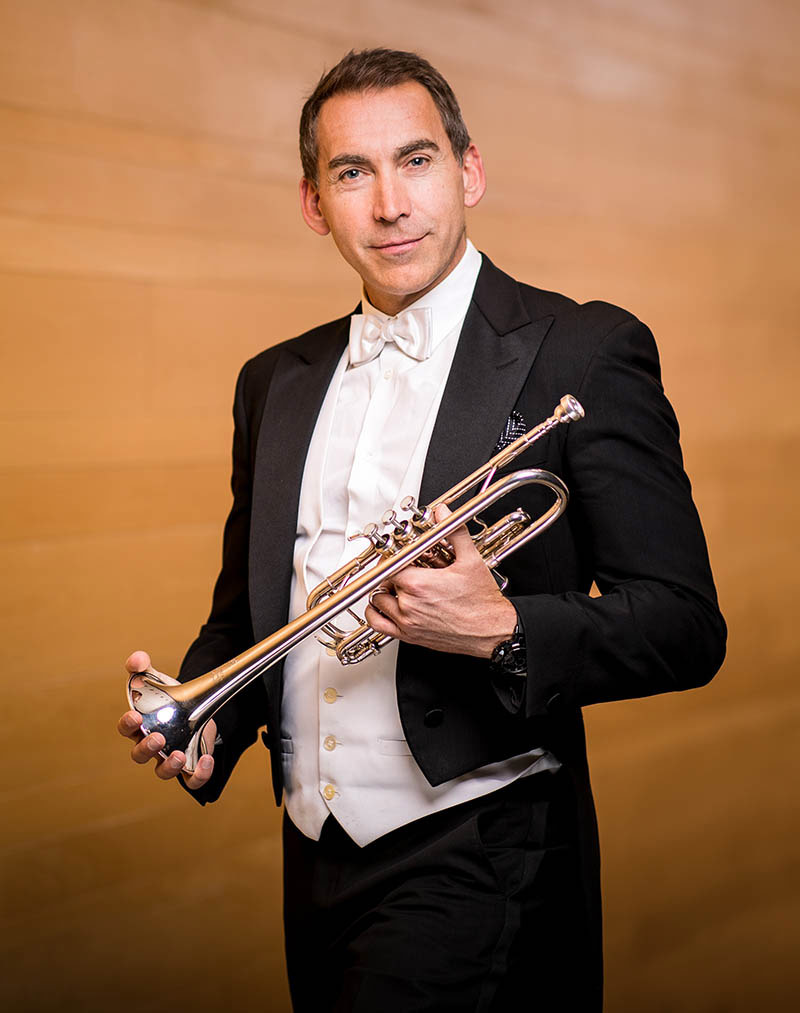 Paul Merkelo is renowned as one of the finest trumpeters of the international stage. He is noted for his ability to create ambiance, personality and drama in everything he plays. He has been described in Gramophone magazine as possessing “unusual lyrical gifts,” while the German news website Der Spiegel has stated that “Paul Merkelo knows no limits.”

As Principal Trumpet with the Orchestre symphonique de Montréal (OSM) since 1995, he has performed on various international tours, including in Europe, Latin America and more recently at the Lincoln Center in New York, in connection with the OSM’s tour of the United States.

Paul Merkelo began his career as Principal Trumpet with the Rochester Philharmonic and the New Orleans Symphony (since renamed the Louisiana Philharmonic Orchestra). He made his New York debut in 1998 at the Lincoln Center with the New World Symphony Orchestra under the great American composer and pianist Michael Tilson Thomas, in the orchestral American premiere of Franz Waxman’s Carmen Fantasie.

Paul Merkelo teaches at the Music Academy of the West in Santa Barbara, California, and at the Schulich School of Music of McGill University in Montreal. He is a member of the Board of Directors of the Youth Orchestra of the Americas (Canada), and established the Paul Merkelo Scholarship, which provides financial assistance for young emerging Canadian musicians.