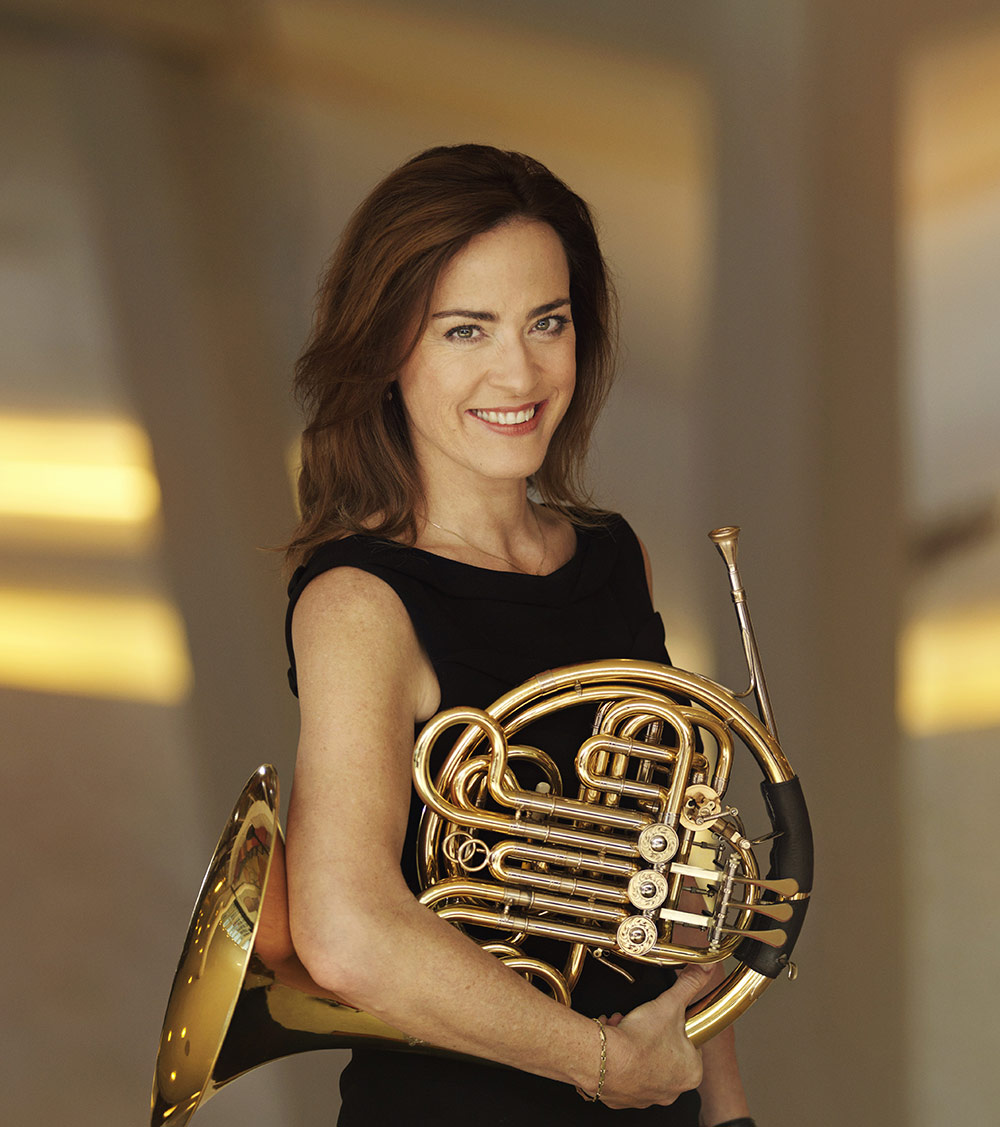 Sarah Willis began playing the horn at school, aged 14, and then attended the Royal College of Music Junior Department. She went on to study full time at the Guildhall School of Music and Drama, where her teachers included Anthony Halstead and Jeff Bryant. She later studied with Fergus McWilliam in Berlin, where she became 2nd Horn in the Berlin State Opera under Daniel Barenboim in 1991.

In 2001, Sarah joined the Berlin Philharmonic, becoming the first female member of the brass section. As well as her work with the orchestra and her masterclasses, which take her all over the world, she has recorded various acclaimed albums including the Brahms Horn Trio, Horn Discoveries, the Rosetti Double Horn Concertos as well as the much celebrated CDs, Opera! and Four Corners! with the Berlin Philharmonic Horns. Her latest solo album, Mozart y Mambo was recorded in Havana in January 2020.

Sarah is involved in many of the Berlin Philharmonic education projects and especially enjoys creating and presenting their Family Concerts. She interviews conductors and soloists for the Digital Concert Hall.

Sarah is passionate about music education and makes full use of digital technology and social media to reach audiences worldwide. She was chosen to be one of the first testers of Google Glass and used this experience to see how new technology could be used in classical music.

Sarah runs a popular series of online interviews known as Horn Hangouts, is a regular broadcaster and interviewer on TV and online and fronts the classical music programme Sarah’s Music for Deutsche Welle TV. She moderates the DG International Podcast series for Deutsche Grammophon and her latest documentary film, A World without Beethoven? was broadcast worldwide in September 2020 on Deutsche Welle TV.