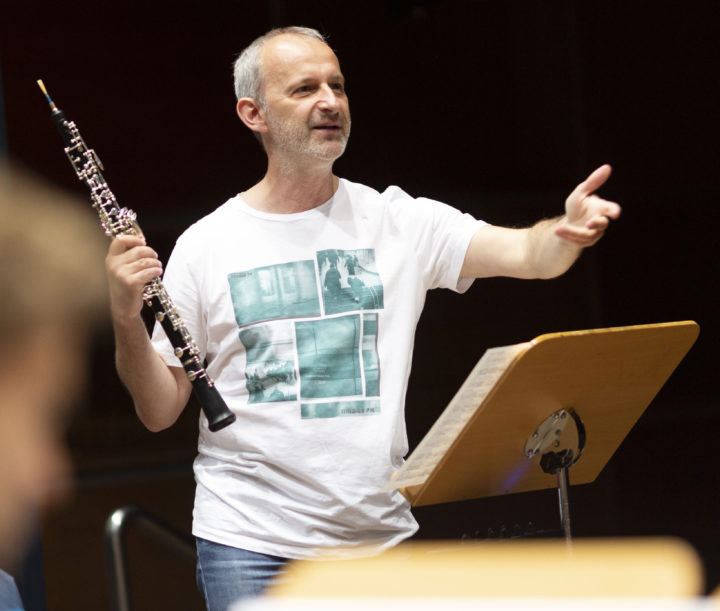 Stefan Schilli studied at the Music Academies of Trossingen and Karlsruhe before being appointed Principal Oboe with the Bavarian Radio Symphony Orchestra in 1991 at the age of just 20.

In 1996, he won the international Prague Spring Competition and the ARD Music Competition, after taking top honours at the German Music Competition in 1993. He also won the Busch Brothers Prize in 1996, awarded to musicians of outstanding talent since 1970.

Schilli marked his debut at the Berlin Philharmonie with Richard Strauss’ Oboe Concerto accompanied by the Deutsches Symphonieorchester Berlin. As a soloist, he has performed with such renowned conductors as Lorin Maazel, Mariss Jansons, Sir Colin Davis, Reinhard Goebel, Christopher Hogwood, Franz Welser-Möst, Dennis Russell-Davies, as well as many others. He has regularly undertaken tours to Southeast Asia, the USA, Russia, and throughout Europe.

Stefan Schilli has been a professor at the Mozarteum University in Salzburg since 2004. Numerous CD and television recordings document his wide-ranging activities, among which are recordings of the oboe concertos of Strauss, Martinu and B. A. Zimmermann with the Bavarian Radio Symphony Orchestra under Mariss Jansons, released on OehmsClassics.

For many years, Stefan Schilli has also dedicated himself to performing on historical oboes, and is a founding member of the Baroque ensemble L’Accademia Giocosa, which was awarded a Diapason d’or for its recording of unknown instrumental works by G. Ph. Telemann, also on the OehmsClassics label.