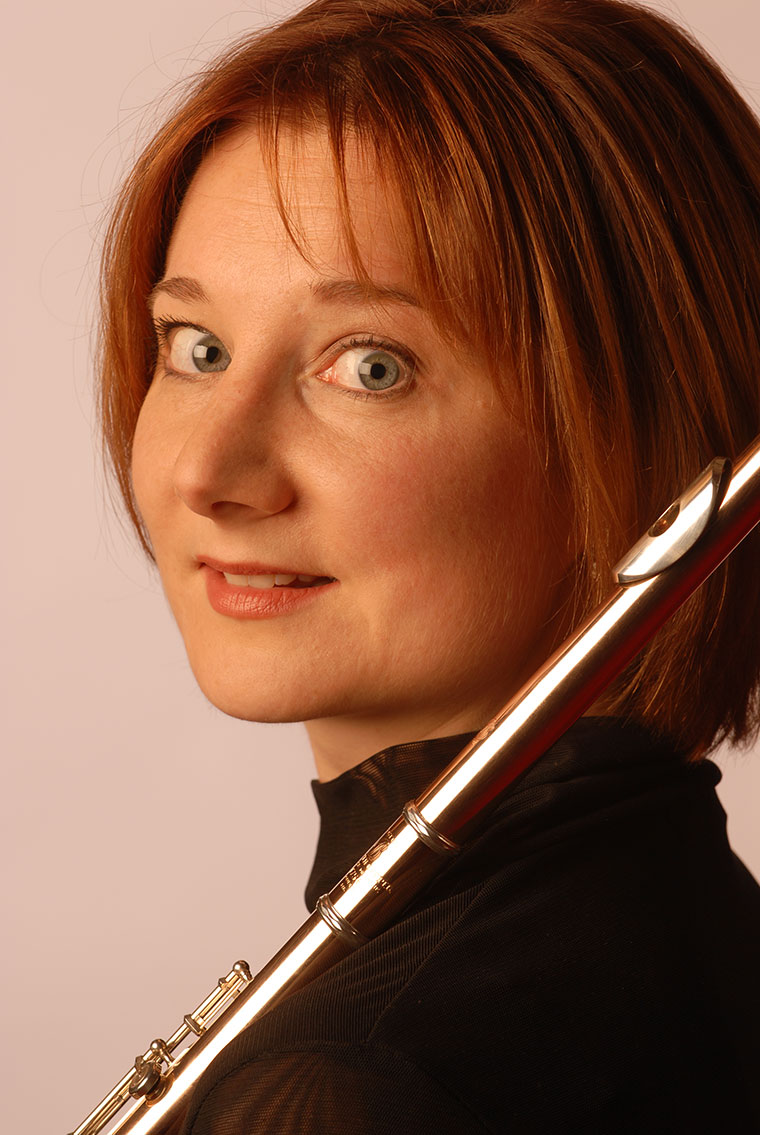 Joanna G’froerer enjoys an exciting career as an orchestral player, chamber musician, soloist and educator. She has been the principal flute of the NAC Orchestra since 1992.

A native of Vancouver, Ms. G’froerer comes from a family of professional musicians. She studied flute in Vancouver with Kathleen Rudolph, and at McGill University with Timothy Hutchins.

Joanna performs regularly as a soloist with the NAC Orchestra, and with many of Canada’s other fine orchestras and ensembles. She is a past winner of the Montreal Symphony Orchestra Competition.

Joanna G’froerer has been featured in the chamber music festivals of Montreal, Toronto, Vancouver, and Ottawa, at the Scotia Festival and at Brazil’s Campos do Jordao Festival.

She has taught flute at the University of Ottawa, the NAC Summer Music Institute, at Domaine Forget and the National Youth Orchestra of Canada, and is presently a Visiting Professor of flute at McGill University in Montreal.