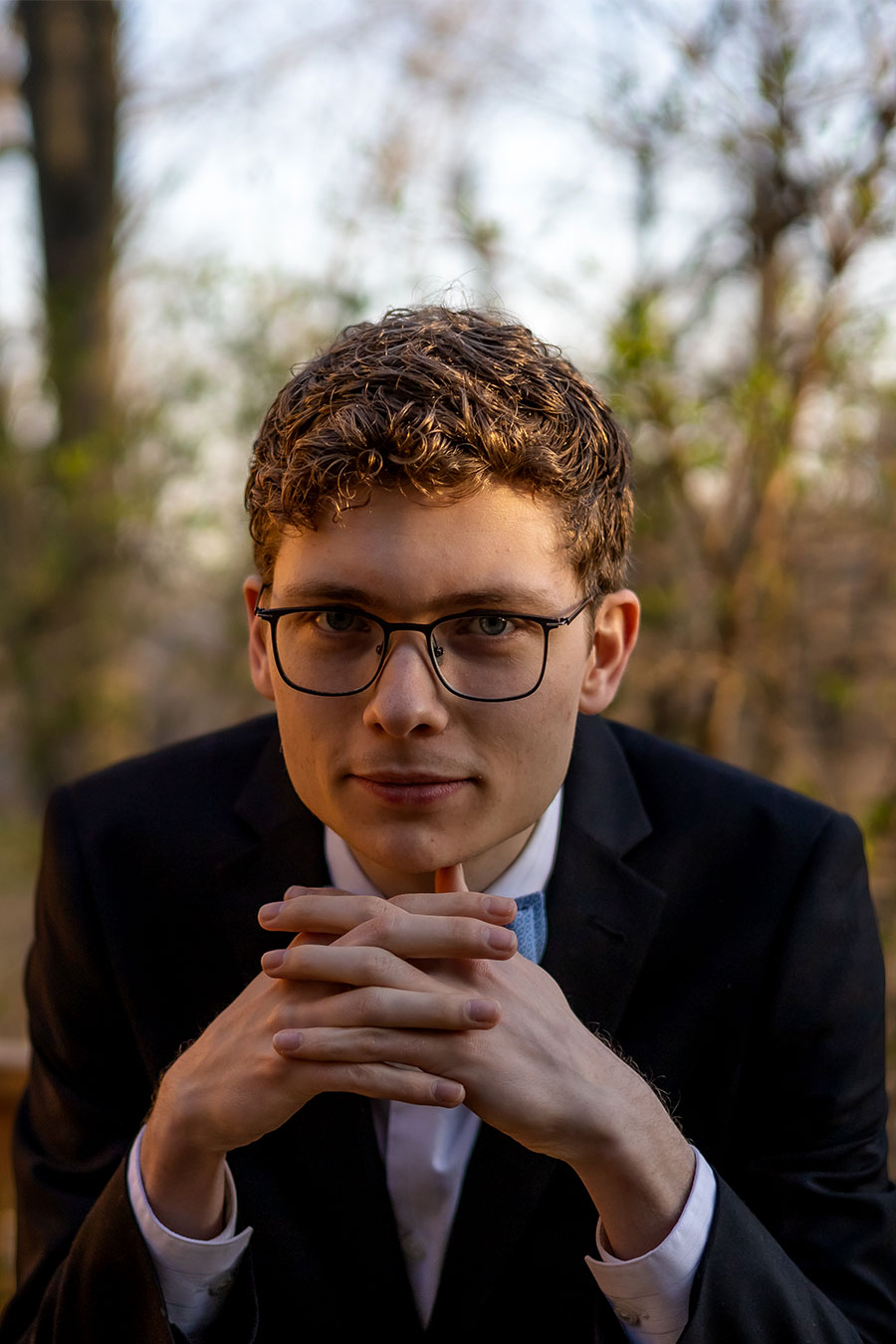 Godwin Friesen grew up making music with his family, touring Canada and recording three albums. In 2015, he placed first in piano at the National Music Festival and in 2019 he won The Glenn Gould School (GGS) Concerto Competition. Last June, he won 2nd prize at the PianoArts North American Competition in Milwaukee having also earned Best Performance of a Composition by Bach. He also participated in this year’s Dublin International Piano Competition, advancing as far as the quarterfinals.

Godwin has performed concertos with several orchestras including the Milwaukee, Regina and Saskatoon Symphony Orchestras, as well as an orchestra of his fellow students whom he directed from the piano. This fall, his piano trio, which recently won the GGS Chamber Competition, participated in the Trondheim International Chamber Music Academy in Norway. Godwin’s compositions have been performed by a youth orchestra, a children’s choir and other small ensembles. Godwin completed a bachelor’s degree and an Artist Diploma at the Glenn Gould School with John O’Conor and is now pursuing a master’s degree at the Université de Montréal with Henry Kramer.

Prelude and Fugue in C-sharp major, WTC I, BWV 848

Fugue in A major