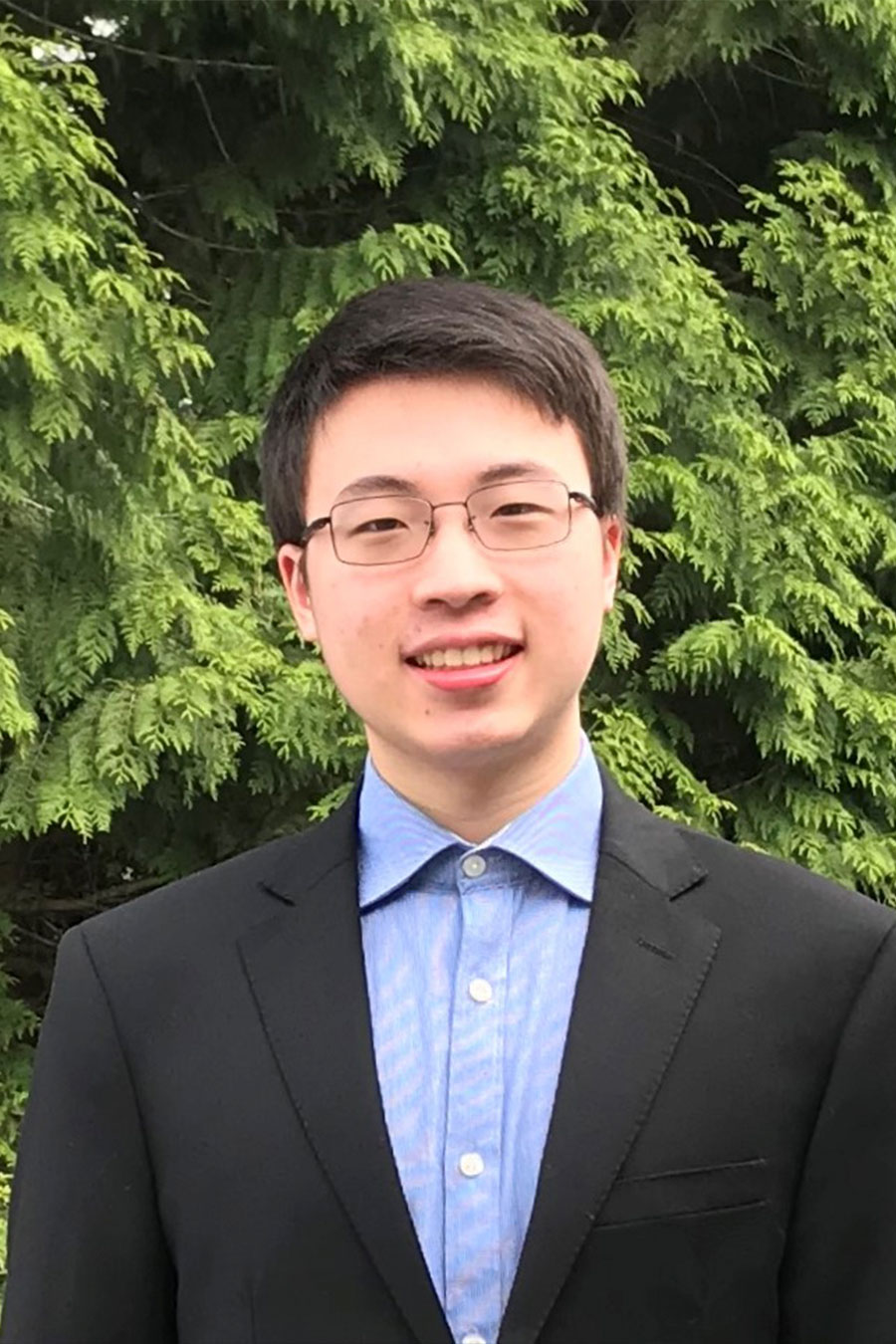 Hamilton Lau was born and raised in Vancouver, British Columbia. He began his piano studies at the age of four, and he currently studies with Corey Hamm at the University of British Columbia. From 2016 to 2020, he was enrolled in the Young Artist Collegiate Program at the Vancouver Academy of Music, where he studied piano, theory, history, and composition.
Hamilton achieved first place at the Canadian Music Competition in 2021 and in 2019 and received Second Prize and the Paul J. Bourret Memorial Award at the 2022 Shean Piano Competition. He also won the UBC Concerto Competition, Kay Meek Competition, Phyllis Salter Piano Competition, Performing Arts BC Provincial Festival and the Bjorn & Lori Hareid Senior Secondary Competition. Besides competing, he has a wide range of experience in performing, both as a soloist and as a collaborative pianist. He has performed as a concerto soloist at the Orpheum Theatre and at the Chan Center in Vancouver and his chamber music experiences comprise of playing at the Windermere Care Centre and the Roedde House Museum.