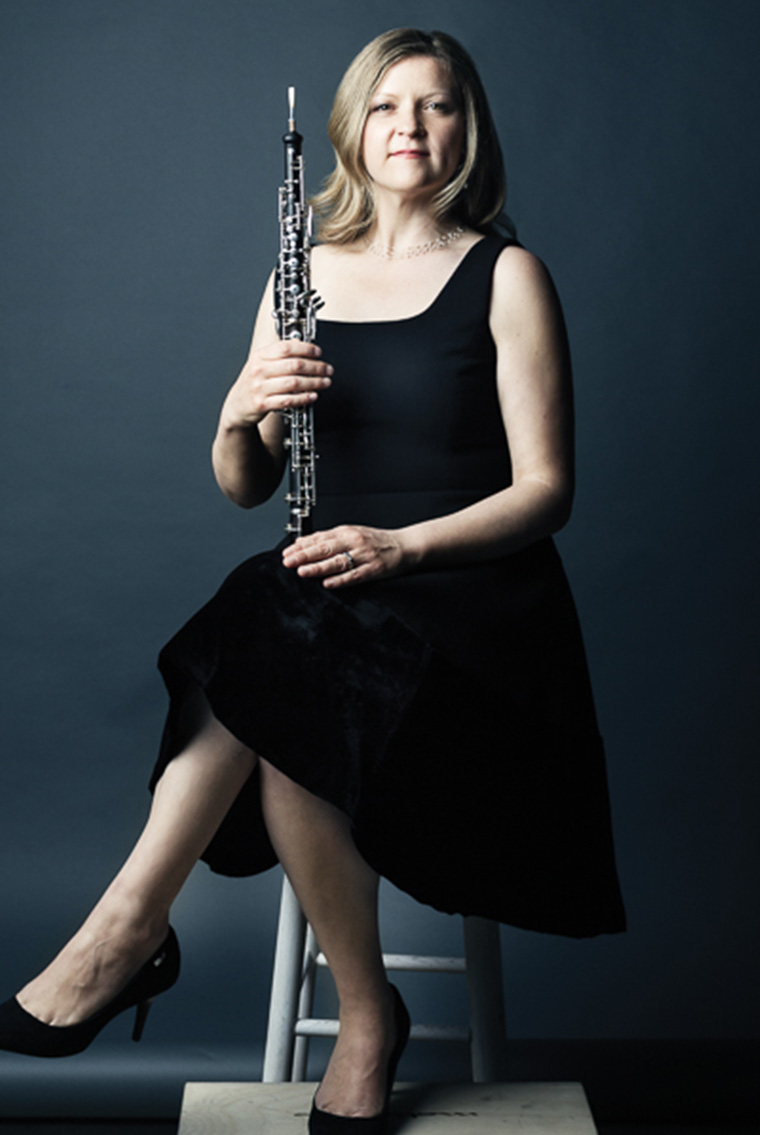 Hailed by critics for her “exquisite solo work” (The Globe and Mail), her “luscious tone”
(Toronto Star), and sensitive musicianship, Sarah Jeffrey is Principal Oboe of the Toronto Symphony Orchestra.

Ms. Jeffrey was recently nominated for a Grammy Award, and won the Juno Award for her recording of the Vaughan Williams Oboe Concerto with the TSO, conducted by Maestro Peter Oundjian. A regular soloist with the TSO, Sarah has also appeared as soloist with numerous orchestras across Canada, performing works by Bach, Mozart, Vaughan Williams, Strauss, Marcello, Haydn, and Mozetich. She is also an active recitalist and chamber musician.

Ms. Jeffrey is a recipient of the Ontario Arts Council’s Chalmers Award for Creativity and Excellence in the Arts, and teaches Oboe at Canada’s finest music schools. A passionate and devoted teacher, Sarah is on faculty at The Glenn Gould School at The Royal Conservatory and the University of Toronto, and performs and teaches in the summer at various music festivals across Canada, most notably at the Toronto Summer Music Festival and the National Youth Orchestra of Canada. She can be heard discussing the finer points of the oboe on CBC radio, Classical 96.3, both as a performer and as a guest on several podcasts.

Sarah shares her life with her husband, TSO horn Gabriel Radford, their two children, Evelyn and Aidan, and Jack the cat and Dave the doodle. In her spare time, Sarah enjoys travelling, cooking, swimming in cold lakes, hiking, and of course, the art of reedmaking.