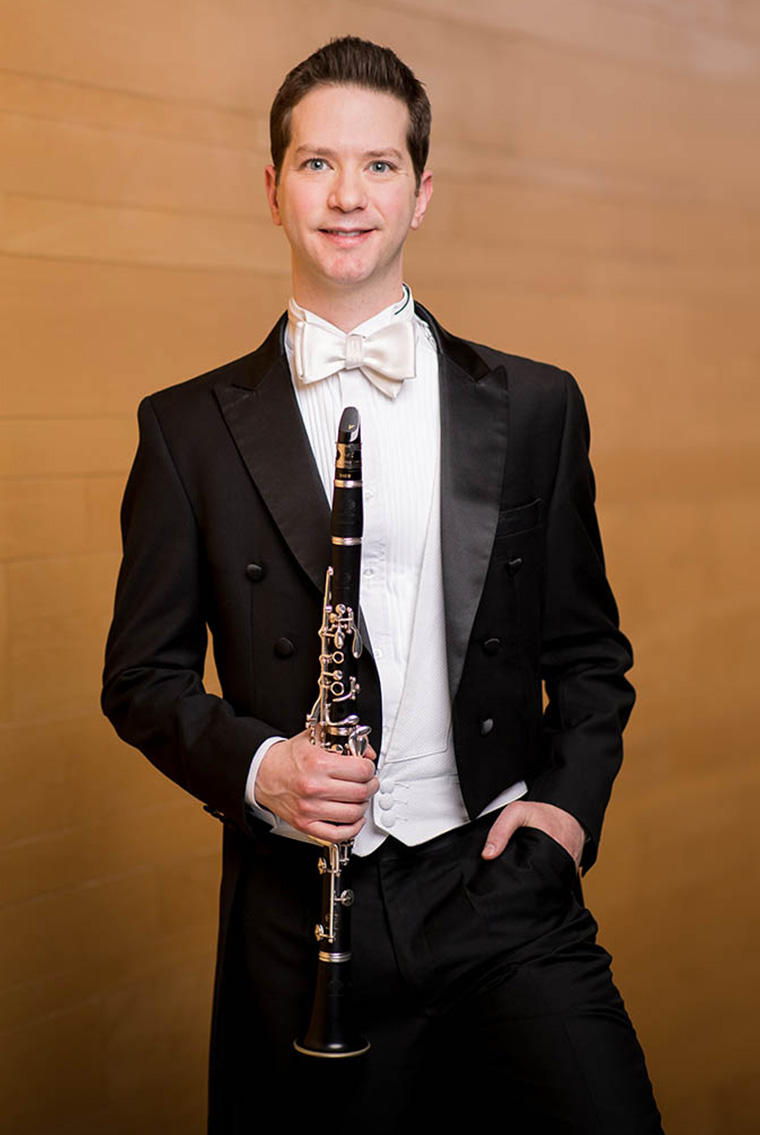 He has performed with the Sun Valley Summer Symphony and Grand Teton Music Festival Orchestra, the Scottish Chamber Orchestra, and has held fellowships at the Aspen and Eastern music festivals, the National Repertory Orchestra, the Music Academy of the West, and the American Institute of Music Studies in Graz.

He graduated from the College-Conservatory of Music at the University of Cincinnati where he studied with Richie Hawley, and he completed a professional studies certificate at the Colburn School in Los Angeles, where he was a student of Yehuda Gilad. Currently on the faculty of the Schulich School of Music at McGill University, he is an exclusive Buffet Crampon and Vandoren performing artist.