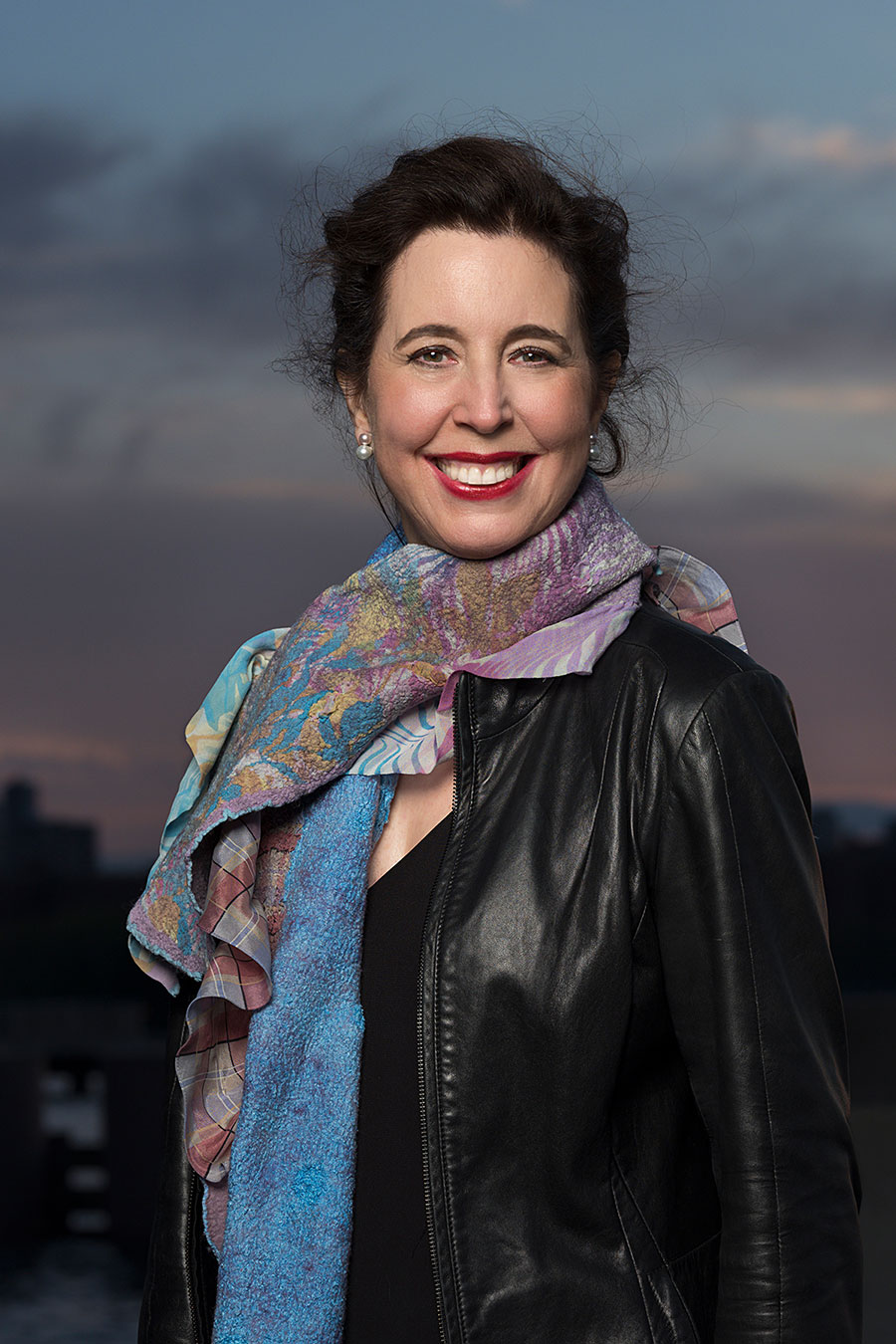 One of the world’s leading concert pianists, Angela Hewitt appears in recital and as soloist with major orchestras throughout Europe, the Americas, Australia, and Asia. Her interpretations of the music of J.S. Bach have established her as one of the composer’s foremost interpreters of our time.

Born in 1958 into a musical family (the daughter of the Cathedral organist and choirmaster in Ottawa, Canada), Angela began her piano studies age three, performed in public at four and a year later won her first scholarship. In her formative years, she also studied classical ballet, violin, and recorder. From 1963-73 she studied at Toronto’s Royal Conservatory of Music with Earle Moss and Myrtle Guerrero, after which she completed her Bachelor of Music in Performance at the University of Ottawa in the class of French pianist Jean-Paul Sévilla, graduating at the age of 18. She was a prizewinner in numerous piano competitions in Europe, Canada, and the USA, but it was her triumph in the 1985 Toronto International Bach Piano Competition, held in memory of Glenn Gould, that truly launched her international career.

Angela’s award-winning cycle for Hyperion Records of all the major keyboard works of Bach has been described as “one of the record glories of our age” (The Sunday Times). Begun in 1994, it culminated with her much-awaited recording of Bach’s Art of Fugue in 2014. Her extensive discography also includes solo recordings of the complete Beethoven Sonatas (she is one of very few women ever to record the complete cycle), Scarlatti, Handel, Couperin, Rameau, Haydn, Chopin, Schumann, Liszt, Fauré, Debussy, Chabrier, Ravel, Granados and Messiaen. She has won four Juno Awards, including one for her album of Mozart Concertos with Canada’s National Arts Centre Orchestra. Other concerto recordings include the complete Bach Concertos with the Australian Chamber Orchestra; the works for piano and orchestra of Schumann with the Deutsches Symphonie-Orchester Berlin; and Messiaen’s mammoth Turangalila Symphony with the Finnish Radio Symphony Orchestra. She is now recording the complete Mozart Piano Sonatas, and the first of three double-CD albums will be released in November 2022. A regular in the USA Billboard chart, her new album Love Songs hit the top of the specialist classical chart in the UK and stayed there for months after its release. In 2015, Angela was inducted into Gramophone Magazine’s “Hall of Fame”, reflecting her popularity with music lovers around the world.

In 2020 she was awarded two prestigious prizes: the City of Leipzig Bach Medal (being the first woman in its 17-year history to receive the award), and the Wigmore Hall Gold Medal in recognition of some 80 performances over the past 35 years in London’s most prestigious chamber music venue.

During the 2007-2008 season, Angela embarked on her Bach World Tour, performing the Well-Tempered Clavier in 21 countries on six continents. At the same time, she released a DVD entitled Bach Performance on the Piano, sharing her experience of learning and performing Bach with amateurs and professionals alike. From September 2016 to September 2022 (the end delayed two years due to the Covid-19 pandemic) she presented in major cities of the world The Bach Odyssey—performing all the keyboard works of J.S. Bach in a series of twelve marathon recitals—a huge feat which has been undertaken by very few keyboard players. After her performances of the complete Well-Tempered Clavier at the 2019 Edinburgh Festival, the critic of the London Times wrote, “…the freshness of Hewitt’s playing made it sound as though no one had played this music before.”

Along with performing a vast amount of the standard repertoire, Angela has also commissioned new works including two piano concertos: the Second Piano Concerto of Dominic Muldowney (premiered with the BBC Symphony in 2002); and in 2017 “Nameless Seas” by Canadian-Finnish composer Matthew Whittall (with the National Arts Centre Orchestra). Canadian composers such as Oskar Morawetz, Steven Gellman, Gary Kulesha, David McIntyre, and Patrick Cardy also wrote pieces dedicated to her. In 2010 she commissioned seven composers from around the world to write short pieces inspired by Bach which were published in a collection (along with several of her own Bach transcriptions) entitled “Angela Hewitt’s Bach Book”. In February 2022 she was presented with The Oskar Morawetz Award for Excellence in Music Performance by the Ontario Arts Council.

Described as “one of the busiest pianists on earth” by London’s Evening Standard (2005), Angela also devotes herself to nurturing new talent. Her masterclasses, both around the world and online, are hugely appreciated, and every few years she gives a week-long masterclass in Italy for gifted pianists. She was also part of Piano Six from 1994-2004: a project which took live music into the remote communities of Canada—giving concerts, masterclasses, and playing for school children across the country. Her writings on music include all the liner notes for her CD recordings as well as several book reviews for the Times Literary Supplement.

In 2005, Angela launched the Trasimeno Music Festival in the heart of Umbria, Italy of which she is Artistic Director. An annual event, it draws an international audience to stunning venues including the Castle of the Knights of Malta in Magione (near Perugia) on the shores of Lake Trasimeno. Seven concerts in seven days feature Hewitt as recitalist, chamber musician, song accompanist, and conductor, working with both established and young artists of her choosing. Involving writers and actors in the programming has been a particular pleasure for her, and she has gone on to perform with many of them elsewhere: with authors Ian McEwan and Julian Barnes in London, Vienna, and New York; and with actor Roger Allam in Venice and at Shakespeare’s Globe in London. Her recordings and live performances have featured in such films as The Tree of Life (2011), The Life Aquatic (2004), The Impassioned Eye (2003)—a documentary on Henri Cartier-Bresson—and in 2018 The Children Act (based on the novel by Ian McEwan and starring Emma Thompson).

As an Ambassador for “Orkidstra”– a Sistema-inspired social development program in Ottawa’s inner city, she brings attention to how music can bring children and young adults together through the joy of making music and learning an instrument, as well as how it teaches valuable skills such as commitment, teamwork and tolerance.

Her frequent masterclasses are hugely appreciated. When all concert activity abruptly stopped in spring 2020 due to the pandemic, Angela went online to share daily offerings of short pieces—many of which form the basis of teaching material. Her fans were thrilled, and she was happy to inspire them and stay in touch.

In July 2022 Angela was Chairman of the Jury of the prestigious International Bach Competition in Leipzig (piano category). The upcoming 2022-23 season sees her performing with orchestras in Finland, Denmark, Montreal, Ottawa, Victoria BC, Prague, Germany, and the Orpheus Chamber Orchestra in New York. Recitals take her to, among others, Barcelona, San Francisco, Seattle, Vienna, Amsterdam, Cambridge, Leipzig, and the famous La Fenice Opera House in Venice. She will give masterclasses for young pianists at the Royal College of Music, London, at the Lunenburg Academy of Music Performance (Nova Scotia), at Northwestern University (Illinois) and the College of St. Scholastica in Duluth, Minnesota. She is also an artist-in-residence at London’s Wigmore Hall.

In 2006 Angela was awarded an OBE from Queen Elizabeth II in her 80th birthday honours. A frequent guest on BBC Radio, she was invited to be the sole live performer in the two hours of classical music broadcast on BBC Radio 3 immediately following the funeral and committal of Queen Elizabeth II on September 19, 2022. In 2015 Angela was promoted to a Companion of the Order of Canada—her country’s highest honour. She was “Artist of the Year” at the 2006 Gramophone Awards, “Instrumentalist of the Year” at the 2010 MIDEM Classical Awards at Cannes, and in 2018 received the Governor General’s Lifetime Achievement Award in Ottawa. She is a member of the Royal Society of Canada, has seven honorary doctorates, and is a Visiting Fellow of Peterhouse College, Cambridge.