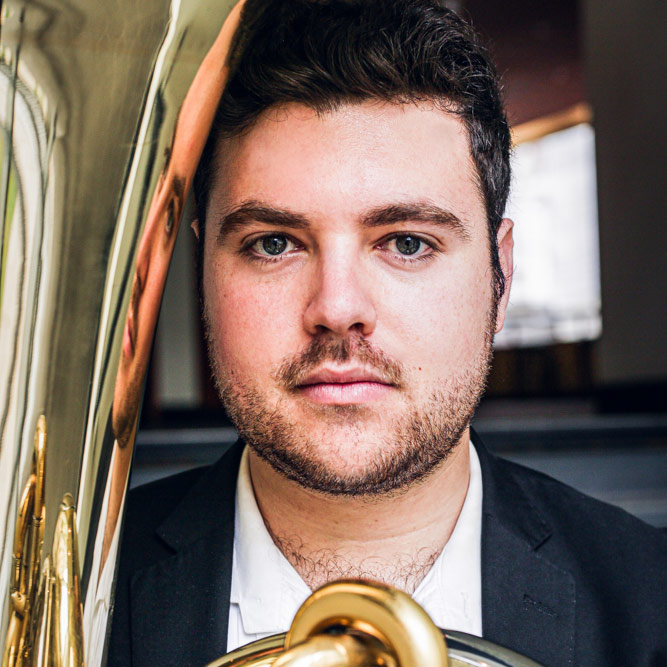 Cyril Fonseca has been playing the tuba for 10 years. He studied at the Conservatoire de musique de Montréal for 8 years in music performance in Pierre Beaudry’s class and pursued a master’s degree at the Hochschule für Musik und Darstellende Kunst Stuttgart in Germany, under Stefan Heimann and Thomas Brunmayr. He has perfected his skills with great masters such as Oysteen Baadsvik, Sergio Carolino, Gérard Buquet, Micaël Cortone d’Amore, Joe Skillen, Paul Beauchesne and Lance Nagels.

Laureate of the Governor General’s medal and recently graduating with distinction with a chamber music diploma in April 2020, he is being discovered as a soloist and chamber musician, notably at the Busan Maru International Music Festival 2018 in South Korea. Cyril is a tuba and euphonium teacher at Joseph-François-Perreault high school in Montreal, as well as at the Coop des professeurs de musique.