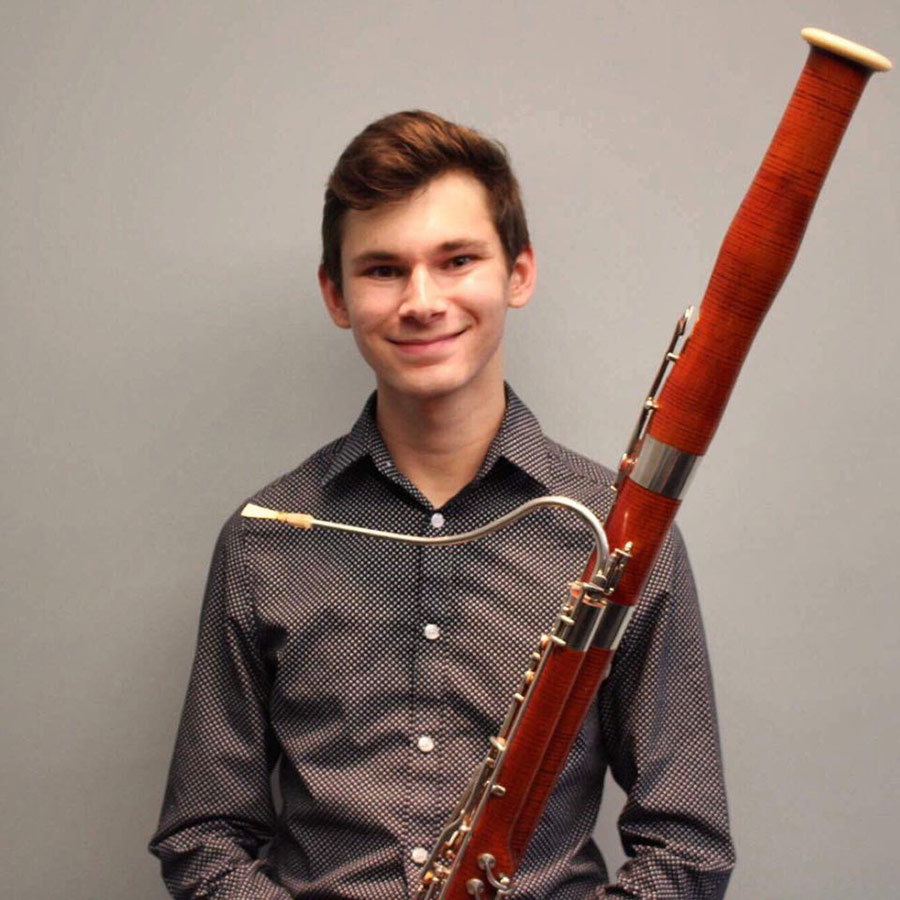 Born in Fredericton, Nicolas Richard was appointed Principal Bassoon of the Niagara Symphony Orchestra in 2019 while pursuing his undergraduate degree at the University of Ottawa under the tutelage of Christopher Millard. He is currently pursuing his Master of Music at Rice University’s Shepherd School of Music where he studies with Benjamin Kamins. He has performed regularly with Canada’s National Arts Centre Orchestra and has also been a substitute with the Symphony Orchestras of Windsor, Kingston, and Ottawa.

Beyond his orchestral pursuits, Nicolas has appeared as a soloist with the NAC Orchestra and the University of Ottawa Orchestra. Mr. Richard is the first prize winner of competitions such as the Ottawa Symphony’s Sénécal Mozart Prize and the NAC Orchestra Bursary Competition.

Rimsky-Korsakov,Scheherazade, op. 35: ii. The Legend of the Kalendar Prince